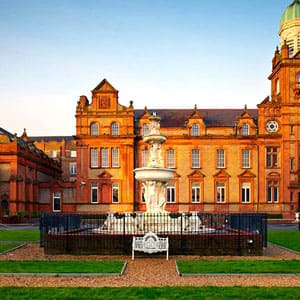 Userspace 2016 was a developer forum which focused on the elements of DPDK which are most pertinent to the open source software community members. The two-day event at the Clayton Hotel in Dublin included highly interactive discussions on the latest features and upcoming changes to DPDK.

This session will be an open discussion on the DPDK roadmap. It will cover topics such as:
– What do people plan to contribute to 17.02/17.05?
– What gaps exist in the roadmap?

This presentation will cover the strategy and implications of Hyper-V support in DPDK.

This presentation will discuss the rapid development of NFV use cases such as a virtualized provider edge router (vPE) using the DPDK and VPP framework on Intel multicore CPUs.  Additionally, this talk will focus on enabling DPDK Hierarchical Quality of Service Schedular (HQoS) in VPP framework. This will include the configuration of HQoS instances and their execution in VPP.

This session will be an open discussion on mbuf changes that are required, including mbuf extension for external data.

This presentation will consist of 3 parts:

This presentation describes the Transport Layer Development Kit (TLDK) project in FD.io. It will include some performance measurements of TLDK.

Stateful middleboxes such as intrusion detection systems and stateful firewalls rely on TCP flow management to keep track of on-going network connections. Implementing complex TCP state management modules for network appliances in high-speed networks is difficult. This is especially more challenging due to the lack of a reusable networking stack that provides a development interface that monitors fine-grained flow states for stateful middleboxes. This presentation describes the middleware Operating System (mOS) which aims to address this gap.

This presentation will give high level of the capability/design of the new stateless features in Trex and how it is used by the FD.io project.

As DPDK continues to expand, we need to consider what changes need to be made in order to facilitate that growth. One obvious change would be to move the project to an independent body such as the Linux Foundation.

This presentation will be about the fundamentals of DPDK. First of all, the DPDK userspace drivers process packets at lightning speed. And it runs on several architectures with a long list of supported devices. But the real uniqueness of DPDK is to combine optimal performance with a broad hardware support and à la carte packaging. Surprisingly, there are always some new promising optimizations to unlock the full power of the hardware. Also, after 5 years of existence, the project is still making some progress to be easier to use in more and more environments. Finally it is essential to remember that these improvements are possible thanks to an amazing and fast growing Open Source community.

This presentation will focus on identifying and fixing performance bottlenecks using the Intel® VTune™ Amplifier. An example from the i40e driver will be used to illustrate the process.

Mellanox PMD is based on Bifurcated driver and allows the kernel (netdev) and more than one PMD to run on the same PCI. If the DPDK app is not setting a rule to steer this traffic it will be processed by the kernel.

DPDK is known to build the high performing data plane workload on Intel Architecture and platform, a real world packet processing workload often relies on heavily on the Linux kernel and its large stack for the control plane design and implementation. As a known limit, Linux performance is not sufficient for high speed data plane workloads. In order to combine the advantages of both, a few key technical components can be used to make DPDK and kernel stack work and evolve independently.

Interworking with the Linux Kernel

This session will be an open discussion on the challenges of interworking with the kernel, the inability to upstream enhancements like KDP/KCP to either the kernel or DPDK, and possible next steps.

Monitoring your DPDK Application/Interfaces with Collectd

DPDK is special in many ways which make packaging and distributing it a more interesting effort compared to many other programs or libraries. This talk is about challenges we faced, what we can learn from them and where we expect potential areas of improvement in the future. Working together on those should help DPDK distribution and growing a higher adoption rate.

This session will be an open discussion on usability, including topics such as packaging, stable releases, LTS releases etc.

This presentation will focus on testing, performance testing and CI, and how these can be further improved.

An Implementation of a P4 Software Dataplane Using Open vSwitch

P4 is an emerging standard for programming dataplanes. Although its initial applicability is for hardware dataplanes (in particular switching ASICS), its paradigm shifting approach to programming the dataplane can equally be applied to software dataplanes with interesting consequences. The first mainstream implementation of a software P4 dataplane is likely to be via Open vSwitch and is based on DPDK. This presentation will talk about this work and what it means to the DPDK community.

To date there has been multiple efforts to make use of hardware features and functionality in the fast-path of OVS to improve performance e.g. Intel XL710 VxLAN tunnel optimization using flow director feature, Intel XL710/82599  packet type identification etc. However implementations to date have been hardware specific and as such are not acceptable to the Open vSwitch community due vendor neutrality. Feedback from the Open vSwitch community indicated that what is required is a common hardware API that is vendor neutral and easily consumable.

Testing and Benchmarking Applications with MoonGen

MoonGen is a fully scriptable high-speed packet generator built on DPDK and LuaJIT. It can saturate a 10 Gbit/s connection with 64 byte packets on a single CPU core while executing user-provided Lua scripts for each packet. Multi-core support allows for even higher rates, we have evaluated it at rates above 100 Gbit/s at 200 Mpps.