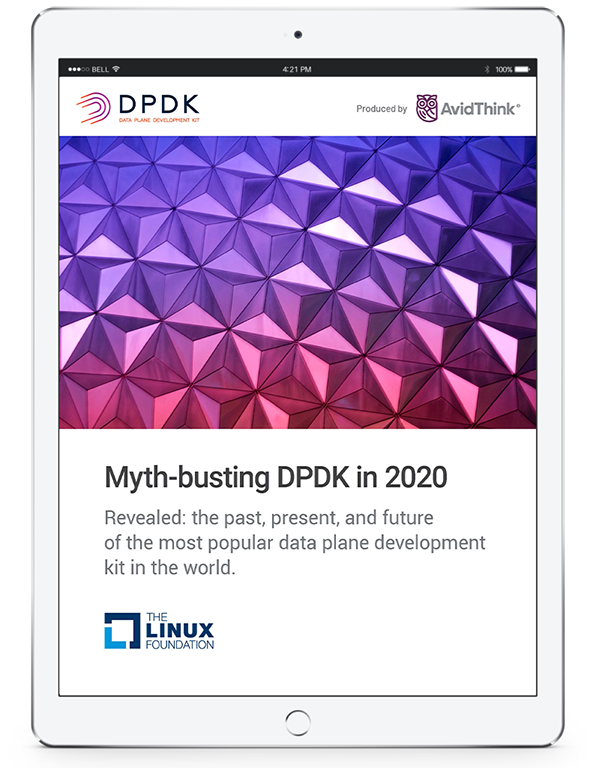 The Data Plane Development Kit (DPDK) software is a set of user-space libraries and drivers that accelerate packet-processing workloads running on all major CPU architectures. Created by Intel about 10 years ago and now housed as a project under the Linux Foundation, DPDK has been instrumental in driving the use of general-purpose CPUs in high-performance environments, from enterprise data centers to public clouds, and particularly in telco networks.

This paper, produced by AvidThink, was commissioned by the Linux Foundation and DPDK. It outlines the critical role played by DPDK in the evolution of networking infrastructure, while dispelling a number of myths and misconceptions about the technology.