The DPDK community is composed of a diverse set of active developers who are passionate about transforming the industry through open source. This blog series highlights the people who are collaborating in the trenches to transform data plane acceleration. 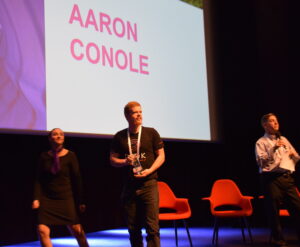 When did you start getting into programming in general? What about data plane?
I started programming in the 80s on a Wang PC in Basic. My first bit of data path programming was in 2001 for a small firm modifying a kernel firewall implementation, and I later did some medical device networking programming in 2003.

How are you involved in DPDK?
I work on some libraries, and am involved in the CI infrastructure (working with UNH IOL, and working on some of the robots that run).

What intrigued you about DPDK or what prompted you to want to contribute to the project?
I was working on Open vSwitch, and we needed a way to get ports bound with vfio in a persistent fashion. Panu Matilainen and I worked on a tool called driverctl that would hook into udev framework to provide a startup solution for DPDK devices to be bound to vfio from the start.

Additionally, we wanted to investigate how huge page sizes would affect performance, so I spent a bit of time looking at the memory management system, and doing some performance analysis.

When did you start contributing to DPDK?
Late 2015, first with some small cleanups and reviews.

What is your favorite thing about working with DPDK, and what are you most proud of?
Most proud of, for me, is getting more CI and testing in the DPDK community. It’s good to see more people using the publicly available testing tools. Seeing more attention to things like the unit tests framework, and the developer testing infrastructure improvements is great.

What has been the most challenging part of working with DPDK?
Sort of a follow on, but convincing more developers to do thorough testing. Although now it’s more baked into things.

What advice would you give to developers (or others) interested in joining DPDK?
Same advice I would give for any project: start with something small that scratches your itch (whatever that is), and when you run into trouble reach out to the community. You’d be surprised how willing folks are to help.

What are other things you are interested in outside of DPDK (hobbies, fun facts, etc.)?
When I’m not working on software, I tend to make beer, mead, and cider. I also like to spend time in the woods (ATVing, hiking, etc).